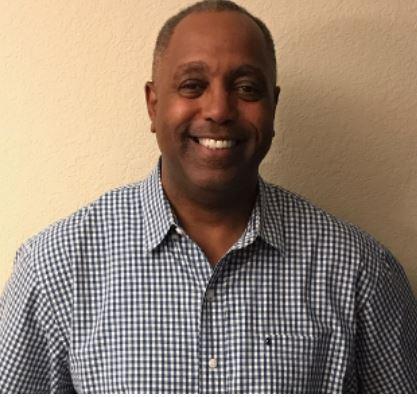 Larry was raised in Edison, New Jersey where he had an abundance of encouragement from family, friends, and neighbors. He lived with his mom, dad, and older brother, and he credits his family with giving him a stable, supportive foundation in his life, something he strives to provide for the youth he works with.

After graduating high school, Larry moved out west to attend UCLA where he earned a bachelor’s degree in Mass Communications. This interdisciplinary major allowed Larry to explore many different interests, including psychology and sociology of mental illness. He has always been fascinated by how human beings interact with one another. What makes them tick? Why do people do what they do and think what they think? This knowledge would be especially helpful when working with youth later down the road.

After a short return home to New Jersey after college, Larry once again headed west for a job opportunity with AT&T in the Bay Area. After leaving that job, he began substitute teaching at the Contra Costa County Juvenile Hall where he was assigned to work with severely emotionally disturbed (SED) programs. It was here he discovered his passion for working with kids, particularly teens. “When I walked in, there were a lot of brothers from Richmond and Oakland, and some of these people were in there for some really violent crimes. I used to say, ‘Don’t tell me what they’re in here for. That’s all I’m going to think about.’ I was shaken, but I didn’t want them to see fear. I wanted to apply what I was taught: that if you treat people respectfully, they will respond to it…I still have letters those kids wrote me in my binder. When I moved [away]…I gave them my address and those kids actually wrote to me.”

Larry recognized how much his candidness and kindness meant to those young people. “One of the most ‘stop in my tracks’ moments of my life [is when] I was teaching in juvenile hall and this kid goes, ‘You act like you actually like us.’ And I was stunned…They had never met anyone like me! I had a blast. I loved it, and I’ll tell you truthfully: I’ve never had more intelligent conversations about race, class, and sexism than I did in those classrooms in juvenile hall. More than anywhere else in my entire life…and everybody’s honest because what do they have to lose? It was so fascinating. It was just a place that fed my heart and mind, and I just thought ‘this is where I’m supposed to be.’”

His next move took him to Hawaii, where after substitute teaching and working at a day treatment facility for SED youth, Larry began his job as a parole officer with the Hawaii State Judiciary. It was not the path he expected to find himself on, but he wanted to help young people and he was pleasantly surprised at how Hawaii’s judicial system was set up to assist youth and their families in getting the help they needed. “I just assumed it was all, ‘lock them up and throw away the key,’ and it wasn’t that way at all…I loved working with the kids and working with the families.” The idea of “family” came up again when discussing his work in Hawaii. “There’s a safety net of ohana (family), so if a kid’s parents cannot care for their child for whatever reason, somebody will take that kid in.”

After living and working in Hawaii for 11 years, Larry moved back to the mainland, eventually landing in Sonoma County. As of January, Larry has worked with the County of Sonoma for 12 years. He loves helping to rehabilitate youth, but it isn’t without its challenges. “The challenging part is trying to convince young people, and very often their families, that there’s a better way to do this; that there’s a healthier way to live; that we’re not the enemy; that we’re not trying to disrupt your life and be a pain in your butt. We’re genuinely trying to help you not come back here and if you want to be part of that process then you’re invited, but I can’t force you.” Part of his job involves using Cognitive Behavioral Interventions to teach youth offenders how to weigh the pros and cons of decisions, how to stop and think before making a choice to engage in dangerous behaviors, but he also emphasizes the importance of relationship building with his clients and ensuring success while they are on probation.

When asked about the favorite part of his job, Larry says that nothing gives him more pleasure than to bring a teenage, along with their caseworkers, representatives from community agencies, drug and alcohol counselors, and so on, back before the court to give that teenager commendations for their hard work and dedication to improving their lives. For many of these probationary youth, spending time in juvenile hall gives them the chance to learn skills that give them greater opportunities once they leave, including earning their high school diploma and workforce development skills. “A lot of these kids say, ‘I never would’ve believed I could graduate high school, and if I hadn’t been in juvenile hall, I never would have.’ We can use that time we have them in our care and custody to immerse them in all these positive experiences; invite them to take a look at the choices they’ve made that haven’t led to the best outcomes, and to have an opportunity to make a better choice. I’m a big believer in redemption. I’m a big believer in the promise of America, and I think that everybody deserves a chance.” Larry always has the best interests of his youth and their families in mind, and that investing time and effort into listening to them ultimately pays off for the community overall, causing a positive ripple effect that mitigates problems before they begin.

One of the most helpful tools Larry uses is building rapport with outside agencies such as Social Advocates for Youth, Boys & Girls Club, Restorative Resources, and the Lime Foundation. In doing this, he helps his youth get connected to important resources while they’re still in custody or on probation so that when they get out, they will have a pre-established network of support around them to sustain forward momentum in their lives beyond the legal system.

Larry is not like most other probation officers, but he says that the profession is evolving with the help of trainings in cognitive behavioral intervention that teaches officers how to interact with offenders more effectively. His candidness helps both he and his youth have a better understanding of one another: “When you’re that frank, it’s genuine. It’s about being genuine. I let them know who I am and what I expect. Sometimes at the end of the day it’s ‘I acknowledge that you’ve been through a lot. I know you’re used to making all the decisions for yourself, because the people that should’ve cared for you didn’t. However, you’re in the system because you made some poor choices, and now it’s my job to make sure you’re safe and making better choices, and until you’re 18 years old sometimes you’re going to be doing things that you just don’t want to do.’ If I don’t see your name in the system again…then I know we’ve done a good job. They have a chance.”

Larry Younger will always give his youth a chance, no matter the circumstances. He is creating a network of kind, caring, supportive people to help support and uplift incarcerated and probationary youth toward the path of success and prosperity.