From KQED News by Marisa Lagos

California’s probation leaders want to reshape the state’s juvenile justice system — in part by raising the maximum age of eligibility from 17 to 19 years old.

‘Nothing magical happens on someone’s 18th birthday. It’s not like someone wakes up and is suddenly ready to occupy adult roles.

Crafted by the Chief Probation Officers of California (CPOC), the group representing the state’s 58 probation leaders, the plan is being framed as a way to keep a greater number of young people out of the adult criminal justice system and provide more effective rehabilitation options within the juvenile system. The proposal would also allow probation departments to keep young offenders on juvenile probation — after release — until they are 24, up from the current maximum age of 21.

In California, adult probation departments are responsible for the juvenile justice systems in every county except San Francisco, which has a separate department.

The group is also proposing juvenile sentencing limits, in a move away from the current system in which judges have broad discretion in determining how long youth offenders remain under government supervision.

CPOC said it hopes to draft the ideas into legislation next year, and work with lawmakers and the governor to turn the proposals into law.

“We want to focus on the rehabilitation part of the system,” said CPOC Executive Director Karen Pank. “I think that there’s a history of success that we should be looking at trying to model, especially when you look at the really high recidivism rates for this age.”

The proposal comes as California’s youth lockups sit largely empty, the result of plummeting crime rates over the past two decades. Critics argue that the proposal seems aimed at driving more bodies into the juvenile system, rather than the purported goal of reducing the number of young people under criminal supervision.

“My fear is, if they start opening up these halls and increasing the age limits, does that just mean we are going to have kids serving longer times in juvenile halls — or people who in the past may not have been placed in any custody will now be?” said Daniel Macallair, executive director of the Center on Juvenile and Criminal Justice, a San Francisco nonprofit that works to reduce incarceration rates.

But CPOC officials rejected the notion that their proposal is a power play. The chiefs simply want to build on the success they’ve had with juvenile offenders in recent years, said Pank, noting that detention and juvenile arrest rates have plummeted under their watch.

Pank said her group’s plan would rely on using proven methods, such as individualized treatment plans and risk-based assessments, to determine the amount of time youth spend incarcerated and on probation.

“We do have a record of following the research, following the data, doing what we know is the right balance of public safety and improving the lives of those we work with,” she said.

Vincent Schiraldi, co-director of Columbia University’s Justice Lab, said he understands why some criminal justice reform groups are concerned about expanding the state’s juvenile system. But, he added, research also shows that young people’s brains are still developing into their mid-20s, and that treating a young adult differently simply because they turn 18 doesn’t really make much sense.

Schiraldi said he was heartened to see provisions built into the CPOC proposal that would limit young offenders’ overall exposure to the criminal justice system, such as capping the amount of time a young person could spend on probation. He also noted that although juvenile court records are sealed, adult records can haunt someone for the rest of their life.

Under this proposal, “if you are 18 and do something stupid in your first year in college and get arrested, you are not going to have a record” he said. “Juvenile halls are far from perfect, but they are far better than jails and prisons.” 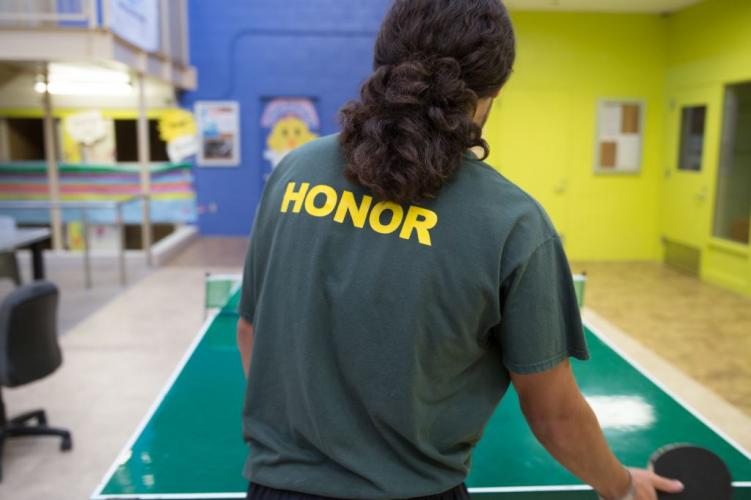