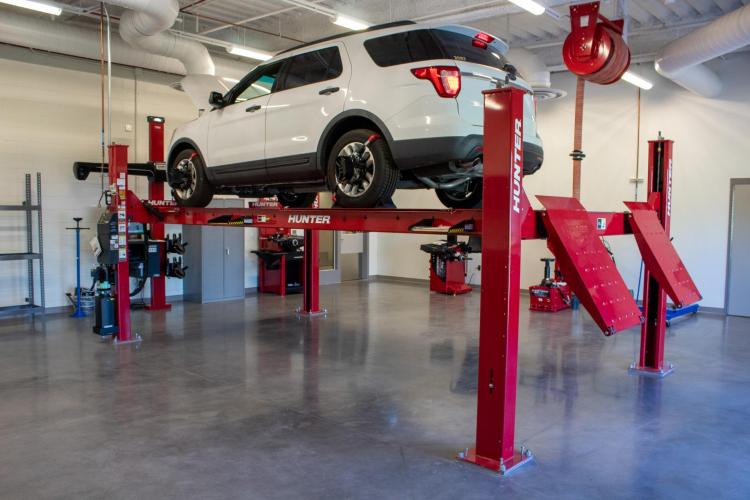 In the Los Angeles Times by Eric Licas

Barbed-wire-lined fencing is what used to greet those visiting youth committed at Orange County Juvenile Hall. Parents would have to line up by a nondescript door in the corner of an open-air plaza just south of UCI Medical Center in Orange and check in at three different desks in order to see their children.

The worn-out appearance of the old visiting center compounded the stigma felt by many families of youth housed at the correctional facility. About 100 teens and young men and women live there, including some convicted of crimes as serious as murder.

“For parents, it can feel like such a shameful thing to have to go visit here,” Deputy Correctional Officer Colleen Byrne said.

Inside the bungalow was a low-panel ceiling and no windows or any space for the siblings of incarcerated youth to wait during visits. That made it even more difficult for parents to see their committed children, especially those who could not afford to pay for a babysitter.

But now they won’t have to choose between visiting youth held at the facility or staying home to watch their brothers and sisters following the completion of the Multipurpose Rehabilitation Center in November. The multimillion-dollar addition to the Orange County Juvenile Hall was paid for with county and state funding and features a larger, brand-new visiting area that shares a large glass wall with a playroom filled with toys and video games.

That will allow parents to keep an eye on their other children while meeting with those who are locked up. And a new check-in area with seats and lockers means they shouldn’t have to stand outside in line while waiting for their turn to go into the visiting room. 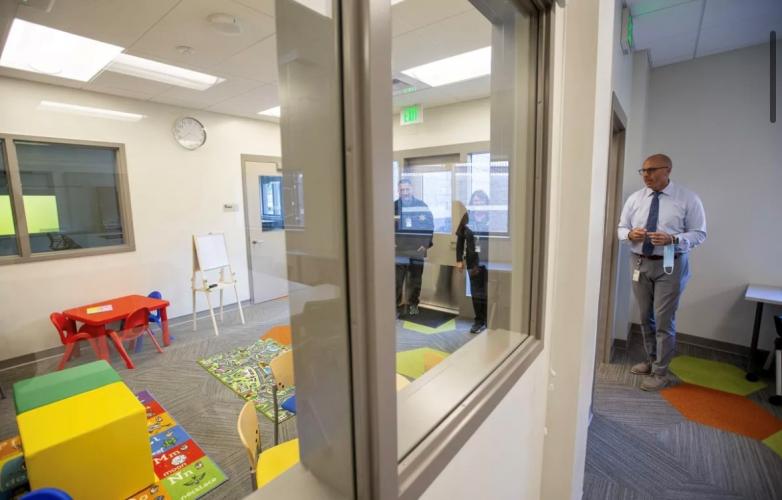 “I think it instills a sense of security and comfort for parents to know that their kids are in good hands,” supervising correctional officer Erick Bieger said. “Because it’s still not an ideal situation, but pulling up to something that’s new and clean, and you can see your kid in an environment with working lights instead of a trailer, you’re going to feel better when you go home. It’s still not great, but you’re not going to go home thinking ‘What’s happening to my kid?’”

The new Multipurpose Rehabilitation Center also features meeting rooms that can be used to host classes and gatherings. It has a garage equipped with a vehicle lift that will allow staff to teach entry-level auto shop inside Juvenile Hall.

Deputy Correctional Officer German Zarate teaches the newly formed automotive program at the facility. He learned how to work on cars from his father and grew up in his auto repair business, sparking a passion that stayed with him into adulthood.

“It’s just amazing that I get to share those skills that were handed down to me with these kids now,” Zarate said. “Because at the end of the day, we want to see them get hired once they get out of here.”

Before Zarate was tapped to become the facility’s auto shop instructor, he would frequently work on projects with committed youth to teach them carpentry and other skills. He said learning a trade and working with their hands often helped those held at Juvenile Hall envision a life beyond its walls and the circumstances that led them there.

“It’ll be the end of the day, after we’ve just finished, and a kid will just say ‘thank you,’” Zarate said. “I’ll ask what for, and they tell me ‘I forgot I was locked up today.’”

Aside from facilities to advance committed youths’ education and careers, the Multipurpose Rehabilitation Center also has a full-sized gym. It is attached to a weight room, equipped with a variety of sporting equipment and is large enough to host indoor soccer games. Teens also plan to use it to hold a talent show and other events organized by the Juvenile Hall’s Youth Council, a group of members from each of the correctional facility’s units and elected to communicate the wants and needs of their peers with staff.

“When my kids walked in here for the first time, it was like being in a candy store: just, like, looking around, completely in awe,” Bieger said.
“And they couldn’t quite understand that this was for them. They see the auto shop and they’re like ‘Wait, what’s happening here?’ Because they’re used to, y’know, jail.”

The construction of the new multipurpose center exemplifies a broader shift in the way the Orange County Probation Department and other agencies approach the supervision of minors convicted of crimes, Orange County Probation Division Director Sanford Rose said. Over the years, they have moved away from what had by and large been a punitive model, focusing instead on creating incentives to encourage growth and rehabilitation.

“If you didn’t have that culture change then all the buildings in the world wouldn’t do anything,” Bieger said. “It’s not: ‘Here’s all the things we’re going to do to you if you screw up.’ Now it’s: ‘Here’s the things we want to give you to help you out.’ We’ll take those away temporarily until we gain some compliance again if there’s an issue, and it’s just like having kids at home. We don’t spank our kids anymore.”

An example of this shift was the end of room confinement at juvenile halls in California beginning in 2018. Committed youth who received that punishment had been forced to stay locked in their rooms for as long as five days. Orange County Probation stopped practicing it in 2016.

“The state got rid of it, and they were right to get rid of it,” Bieger said. “My kids pushed back for about three months. They were like: ‘Yeah, we can do anything.’ And then they realized we were teaching them a different way to react to negative situations. Now if they fight they can’t go run into their room for five days and not interact with us. Now if they fight they have to sit down at a table, have meditation and share a meal together if they fight each other.”

But fights do still happen at Orange County Juvenile Halls. Details regarding how often were not immediately available.

Elsewhere, in Los Angeles County, numerous staff have been hurt while trying to end fights among committed youth. The Times reports that injuries and safety concerns have driven up the use of sick leave in that department, and that may be contributing to a detrimental environment for youth inside Los Angeles County’s facilities. 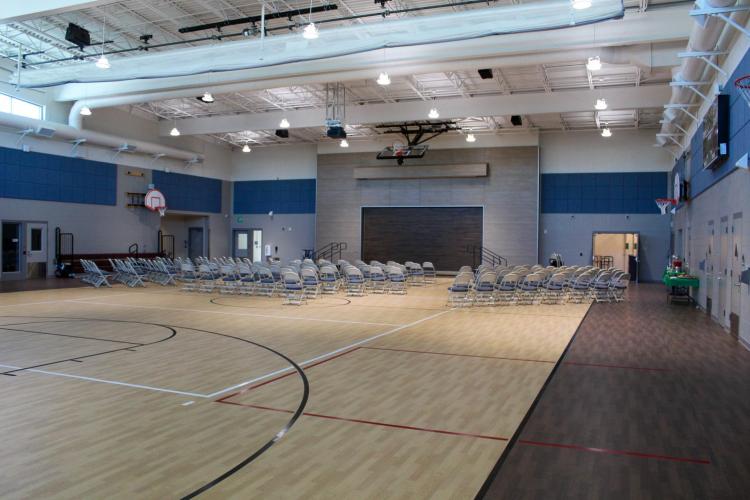