ICYMI:Diversity helps probation, and rehabilitation From The Daily Journal 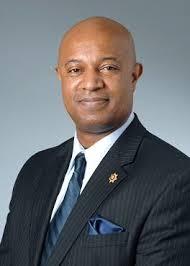 From John Keene in The Daily Journal

When you think of all the distractions with social media and current events happening in the world, Black history can sometimes be forgotten or set aside. Black History Month is an opportunity to pause and understand our history as a culture, our contributions to this country and to our way of life and how that has contributed to the fabric of what makes us all Americans. As the chief probation officer for San Mateo County, and as the current president of the Chief Probation Officers of California, I have a very important responsibility in the positions that I hold to sustain a legacy built by many before me who have paved the way.

In probation, as in society, it is vital that all cultures are recognized, and Black history is no different. It is important for our deputies and staff to know that the path to get here was paved by the trials and tribulations of the people before us. Most African Americans in the ’40s and ’50s were limited to opportunities within correctional facilities, and did not have the opportunities to start off as deputy probation officers or elevate to the rank. Shockingly, the first deputy probation officers and staff were not widely known to be employed around the country until the ’70s and ’80s.

Today, more than 20% of deputy probation officers in California are African American. That diversity extends to gender (51% are women), and other races as well (72% of deputy probation officers are non-white). Probation today is even further diversified by educational backgrounds (the majority of officers have four-year degrees), and many probation departments employ former justice system-involved individuals. Importantly, probation’s diversity also extends to our leadership with just over 10% of probation chiefs in California being African American. We take our seats as leaders of our profession with honor and humility. For me, the weight of leading the association of the leaders of our profession is a reflection of the important role of diversity in probation and a weight I carry proudly.

This diversity and the unique cultural competency and experiences probation has to offer is part of what empowers probation to be the connector in the justice system, breaking down barriers to help justice-involved people turn their lives around and leave the system permanently — creating long-term, sustainable safety in our communities. It is also what attracts even greater diversity to our ranks — a desire to help people succeed.

As a former police officer, attorney, deputy probation officer and now chief, my own background has helped me tremendously in feeling a sense of empathy for the experiences of the populations we serve. It has helped me understand the challenges of young people I talk to with tough upbringings or family challenges. As African Americans, working through barriers is something that we know from our own experiences — and reducing barriers is a central component to rehabilitation. Often, we must even go beyond that to see the difference between rehabilitation and abilitation, or helping someone who has only known a difficult life to gain the tools to create a new one that sets them on a healthier path. To help them succeed, we as probation officers often become much more — serving as teachers, mentors and role models.

Sometimes the people we serve think the challenges they face are unique to them, but we can often relate because we too have lived many of those experiences or we have encountered them within our own backgrounds. It breaks the ice, builds points of connection, reduces barriers and opens a moment for them to pause and listen and let their guard down to learn and grow.

Now, in my new role as president of the Chief Probation Officers of California, I do this work on a broader scale, often working through policy conversations and larger fiscal decisions and their implications. However, my work in these positions continues to be informed by my own unique background, experiences and cultural understandings. Black History Month gives us the space and time to reflect on how we got here, but also where we would like to go. It is my privilege to be in a position now to help shape that future for my own children and their children.

Chief John Keene was appointed chief probation officer of San Mateo County in June of 2013. Chief Keene brings more than 20 years of law enforcement experience to his role. Prior to his appointment as chief, he served as deputy chief probation officer in Alameda County. He is the current president of the Chief Probation Officers of California.