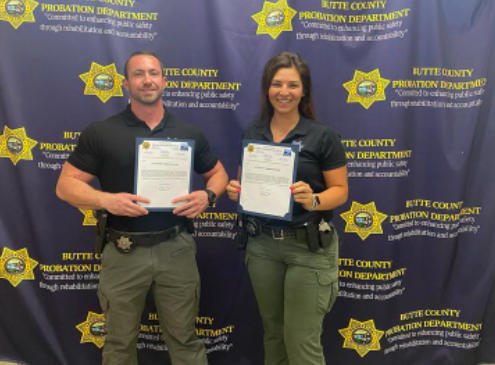 Officers Lisa Carrillo and George Wise were assisting the California Highway Patrol with security at the Silver Dollar Fair.

During their shift, they observed a young man who appeared to be under the influence of alcohol or controlled substances and was possibly suffering from a medical crisis.

The officers made contact with the individual and suspected he was suffering from an opioid overdose. The young man ultimately became non-responsive.

The officers were in possession of Naloxone, and after three doses were administered, the individual became coherent and was able to communicate with the officers.