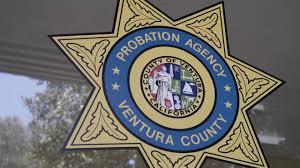 From the Ventura Star

Young adults could soon get the chance to wipe lower-level felonies off their records under a rehabilitation program shifting them to Ventura County’s juvenile hall.

The county was authorized to join five other California counties placing adults age 18-21 accused of felonies defined as non-violent and non-serious in juvenile facilities with the signing of a bill Sunday by Gov. Jerry Brown. The offenders would stay for up to a year in the partially vacant facility in El Rio while they complete a rehabilitation program.

Participants would likely be charged with crimes such as drug offenses and property crimes, county officials said. If they finish the program successfully, the criminal charges are dismissed. If they wash out, sentencing proceeds and they are returned to jail, according to the terms of the bill.

County officials have not made a final decision to start the program, but asked to be added to the legislation and have laid some of the groundwork. Next up an implementation team will decide on the components, how to fund it and how to restructure the juvenile hall at 4333 E. Vineyard Ave., to house the program.

The juvenile offenders have to be separated from the adults under the legislation called Senate Bill 1106. The juveniles are not supposed to be able to see or hear the adults. A state board has to sign off on the suitability of the complex before the program is allowed.

Ventura County Probation Director Mark Varela anticipates the local effort would start off with no more than 50 young adults. ”We will evaluate it and see whether we can expand,” he said.

Authored by Sen. Jerry Hill, D-San Mateo, the legislation was inspired by research that shows significant changes in the brain occur in early adulthood.

“The brain is still malleable during the early twenties, which provides the opportunity to intervene with young people,” Temple University Professor Laurence Steinberg said in a recent presentation to state probation officials posted on YouTube.

Research shows young adults can be better served by the juvenile justice system with age-appropriate intensive services than in the adult system, according to a document justifying the legislation. Young people do not fully develop adult-level decision-making skills until their early 20s, which is often referred to as the maturity gap, the document said.

Varela said recent brain research confirms what many in the probation field have thought for a long time: the thinking patterns of young adults are not much different from those under age 18.

“Youthful adult offenders in our system are making choices that a lot of times adolescents do, but the consequences are a lot more serious,” Varela said.

He said a young adult who commits a residential burglary at 18 could be punished with jail time. In contrast, a buddy a few months younger who helped do the crime could be detained in juvenile hall but also receive treatment in the community, he said.

The $65-million juvenile hall has space. Only 83 beds were filled early last week, a typical number. That left 337 vacant beds.

The county’s adult jails are filled, but the program is not expected to do much to lower the count. Not only is the age range limited but so are the eligible crimes and the number of offenders now envisioned for the program.

In Ventura County and around the state, many juvenile halls were built under the philosophy that large numbers of adolescent offenders belonged in custody.

That changed after research showed locking them up can cause juveniles who commit lower-level offenses to become more deeply involved in crime. Arrests are down, admission standards have tightened, youths are diverted into community-based programs and many stay at home while their cases go through juvenile court.

Ventura would be the first county in Southern California to participate. The Northern California counties of Alameda, Butte, Napa, Nevada and Santa Clara have already joined the pilot.

Those counties were running out of time to get their programs going, but the bill extends the start-up period another two years to 2022.

Officials in Butte County jumped in early, enrolling 32 adults after the initial legislation was signed in 2016. Steven Bordin, probation chief in the county of 230,000, says the program should be adopted around the state.

“This has the potential to divert young persons out of the adult system, give them the opportunity to succeed in life and get rid of that felony,” he said.

Of the five adults who have graduated, none has reoffended and all remain employed, he said.

Each adult is assessed to determine the barriers they face and how to get past them, typically through drug treatment, mental health services and education.

“Everybody is employed or going to school,” he said. “Nobody is just sitting around.”

Team Would Iron out Details

Officials in the Ventura County criminal justice system support the idea, but an implementation team would still need to work out the details. The panel must include representatives from the courts, the Sheriff’s Office, the District Attorney’s Office, the Public Defender’s Office, the Board of Supervisors, health and human services agencies and a youth advocacy group.

District Attorney Greg Totten sees the potential for the young adults, but also the need for the team to agree on the scope of the program and who will qualify for it.

“It’s incumbent on all of us to fashion guidelines and a program that is realistic and workable,” he said.

An adult could face less time in custody by simply going to jail, but could also be subject to supervised probation of three to five years, officials said.

Individuals who complete the program don’t have to placed on probation. Varela said the “big motivator” for the young adults should be knowing they no longer have a felony conviction that could exclude them from getting a job.

“The upside is huge,” Varela said.

“Although it has been documented by scientists for many years that the adolescent brain does not fully develop until the late twenties, the courts have finally begun to acknowledge this growing body of science,” he said in a written statement.

“The fact that the adolescent brain has not fully matured has far-reaching implications when a court assesses culpability and whether there is a possibility of rehabilitation.”

A consultant has recently determined that it may cost the county more than $118,000 on average every time a local resident reoffends, he said.

Adult offenders would be excluded from the program if they have been convicted of any of dozens of serious and violent felonies. Included are murder, kidnapping, assault with a deadly weapon, robbery, serious sex crimes, discharge of a firearm at an inhabited dwelling and furnishing serious drugs such as heroin and cocaine to a minor.

More people could qualify if district attorneys and public defenders negotiate reduced charges, said Wendy Still, the chief probation officer for Alameda County. Robbing someone of a cellphone is an example of a charge that could be pleaded down to an eligible offense, she said.

Another factor will be the degree to which offenders can be persuaded to enter the program by their defense attorneys, she said.

“This program is an amazing opportunity for youth,” Still said. ”They do not understand how that felony conviction will follow them for the rest of their lives.”

In Ventura County, prosecutors are not going to reduce serious and violent felony charges to qualify offenders for the program, Totten said. He said there may be a rare situation that technically qualifies, but that such decisions are typically made before charges are filed.

The legislation calls for an evaluation of the results, including a comparison with young adults who have committed similar crimes.

State officials have no statistical results yet but initial reports from the field look promising.

“What we have heard anecdotally is that it is garnering very positive results for young adults that really need these intensive programs,” said Laura Dixon, communications director for Chief Probation Officers of California, a group composed of county probation directors.