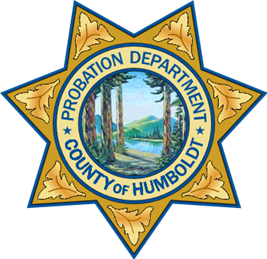 It was just days before the July Fourth weekend when Humboldt County Chief Probation Officer Shaun Brenneman got the official word: A handful of California state prison inmates were being released early as COVID-19 continued to tear through state facilities. The released inmates would arrive in a couple days, Brenneman was told, including one who’d tested positive for COVID and another who’d been exposed to the deadly virus.

This set off a flurry of activity as Humboldt County Probation and Public Health departments looked for places to safely quarantine released inmates and created plans to monitor and care for them.

“Our plans were made on the fly,” Brenneman said. “I’m just proud of the work that county staff did on a Fourth of July weekend to make that happen.”

The California Department of Corrections and Rehabilitation (CDCR) has 25 people currently expected to be released into Humboldt county by the end of July.

[Chief] Brenneman, for his part, said he gets that concern but he also understands the moral obligation of worrying about the care and health of people put in your custody.

“These are members of our society. They are our people. They were residents of our community. They did their crimes. They faced a jury of their peers and were sentenced by their court. They now have done their time and have the right to pathways to reentry. We really want them to come back to their community and have a good chance to make positive changes in their lives if they choose to.”​

Chief Brenneman said that Humboldt Probation had developed a “more robust relationship” with their county public health which made it easier for them to answer the call and plan last minute.

Public Health Director Michele Stevens agreed, explaining that probation staffers have been deployed as disaster service workers during the county’s COVID-19 response. Because probation has vehicles already equipped with Plexiglas partitions that separate drivers from rear passengers, they’ve been used in recent months to transport members of the “high-risk homeless population” to and from temporary housing and testing sites.

Brenneman said probation’s role is simply to make sure they stay put, adding that officers check in at least twice a day with cold calls or knocks at the door.

Since they only have two clients to monitor right now out both Michele Stevens and Chief Brenneman have said everything is going well so far.

“We have a good relationship with probation,” Stevens said. “It’s been working great.”

He stressed that the goal of probation isn’t just to prevent clients from spreading COVID-19 but to help these former inmates to lead successful lives.

“It’s important to remember they are us,” he said. “They’re our mothers and fathers, brothers and sisters. They’re our neighbors. We have a responsibility to them to provide them an opportunity to come back and live a better life, to live a better version of who they can be.”

You can read the full article on the Curry Coastal Pilot.