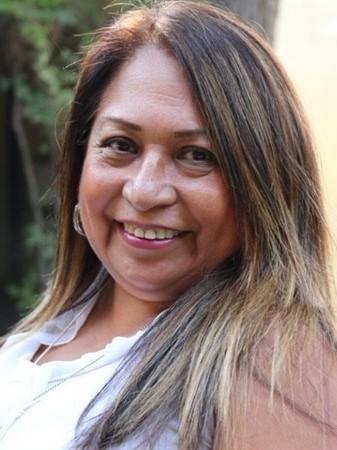 If one were to refer to Los Angeles County Deputy Probation Officer II (DPO II) Martha Corbett as a hero, she would deny it—much like what most heroes do. However, her denial of this title recently bestowed upon her doesn’t change the fact that she helped save the life of a young boy because of her quick thinking and fast action while relying on her extensive training as a probation officer.

In early October Officer Corbett, who is a Probation liaison with the City of Norwalk, was visiting a local middle school to introduce herself to the school’s administrators.  During her visit a young boy, upset about issues in his home, ran away from school during a meeting with school officials and the boys mother.  Almost tragically, the boy had run away, emotional and very upset, to an active train track and was in imminent danger.

“He was upset and looked scared. I could not tell how he was feeling but he appeared in need of support,” Corbett explained. “I do not think he realized he was near the train track and that a train would be coming by. He appeared somewhat impulsive, angry and would not respond to the vice-principal or safety police.”

School safety officers and administrators tried to help the boy and coax him away from the railroad tracks, but he only walked further away from them and onto the tracks.

Officer Corbett, who didn’t know the boy, tried to help in the dangerous and possibly fatal situation by making personal contact with the youth.

“To gain the young man’s confidence, I told him that I was a Probation Officer from the City of Norwalk and wanted to help him,” DPO II Corbett described. “I lowered my face, I made eye contact with him and reassured him that everything would be okay. I took small steps towards him and could see that he was starting to relax and calm down.”

The urgency of the situation escalated as a train was approaching. Officer Corbett could see the train’s headlights growing brighter and its horn blowing louder as it quickly approached.

“I decided to intervene when I heard the sirens and the train begin to honk its horn,” Corbett recalled. “I knew it was critical to remove the young man and myself from danger. Most importantly, I did not want that young man to jump in front of the train.”

Officer Corbett managed to persuade the boy closer to her by talking to him. Just in time, she was able to get him to safety.

“I am happy that I was able to de-escalate the situation and I am thankful for all of my years of Probation training which enabled me to identify a critical situation and take action,” reflects Corbett.

Corbett was applauded by the Dorector of Public Safety for the City of Norwalk who said Officer Corbett “is always putting the youth first and having their well-being as her top priority.”

“DPO II Corbett did all of these actions despite the fact she was only there by chance that morning as she was accompanying the Public Safety Officer to introduce herself to the school administration to offer support if needed,” said Los Angeles County Chief Probation Officer Terri L. McDonald. “But I believe there are no coincidences when acts of valor occur.”

You can read more about Officer Corbett’s story here.