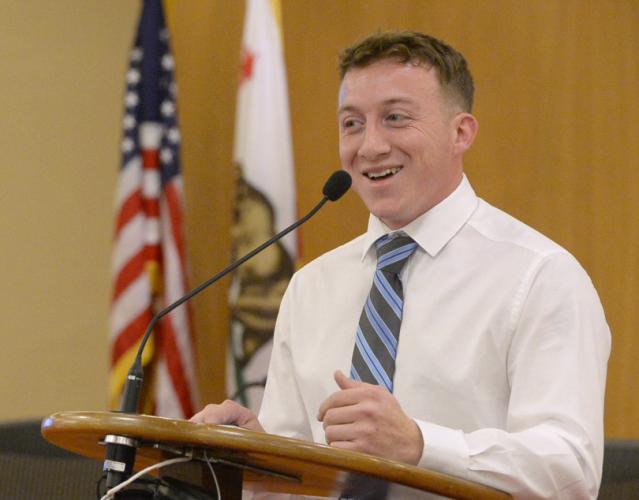 “The only time I was able to stop using was when I was in handcuffs,” said Bruns, 26, one of 14 probationers honored Wednesday at the Civic Center in San Rafael and inducted into the probation department’s Wall of Change.

Bruns said the turning point for him was in 2017 when he had several warrants out for his arrest and a task force came to his home to take him back to jail. Ironically, Bruns ended up in the same cell that he had been held in months prior — and at that moment, he realized if he didn’t do things differently, “this was going to be the rest of my life,” he said.

With the help of Marin County Probation Officer Trevor Lilian and recovery coach Alan Miller, Bruns was able to turn his life around, remaining sober and able to hold a job as a plumber.

“I knew I was on the right path when the obsession stopped,” Bruns said. “If it wasn’t for my year in drug court … I don’t know where I’d be, but I wouldn’t be here.” 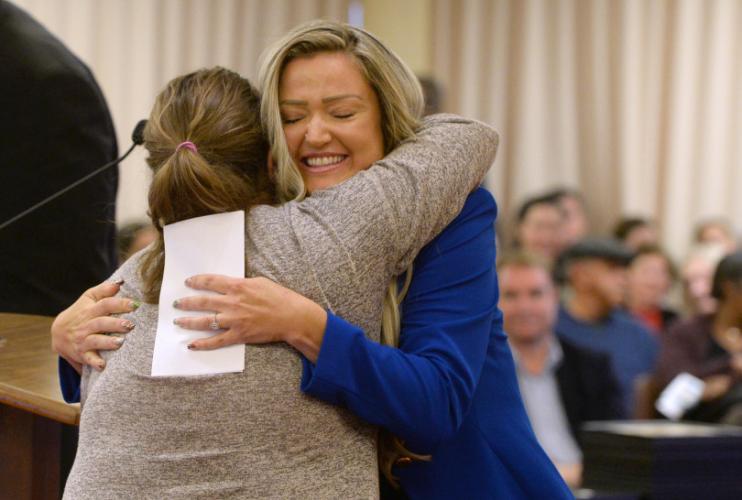 The probationers, their friends and family, their probation officers and judges, gathered to celebrate their accomplishments. The program honors positive lifestyles and motivates behavioral improvement. Those who have successfully conquered addiction, anger issues, post-traumatic stress or mental illness are added to the wall. Their photos and stories are framed and posted for visitors to view and to inspire hope in newcomers to the probation department.

“This is really what the probation department is supposed to be doing is help effect change in people’s lives,” said Mike Daly, the county’s chief probation officer.

“It’s what we strive for,” Daly said. “To have them return to society as productive people who are working and a lot of times giving back to the community in positive ways. It’s a celebration of public safety.”

A.J. Brady, a Marin County deputy district attorney, said the beauty of the Wall of Change is that it celebrates people who have turned their lives around.

“We in the court often only see the failures, and it’s easy to become jaded,” Brady said. “This really reminds you the power of the work we do, of the probation officers, recovery coaches and the probationers, who make a complete 360 for the better.”

Novato resident Julian Bagley-Jory, who was inducted into the Wall of Change in 2016, returned Wednesday to share her continued success.

When Bagley-Jory was 24, she had just earned an associate’s degree in business from College of Marin and was on her way to San Francisco State University to work on her bachelor’s degree. But she was diagnosed with cancer, and after going through radiation treatment she became addicted to painkillers.

She was honored in 2016 after completing her journey to recovery. Now 32, Bagley-Jory has a steady job doing accounting, she has earned a bachelor’s degree in business and is nearing completion of her coursework in the business master’s degree program at Dominican University.

“Being on the Wall of Change has given me hope and made me realize that there are so many people that genuinely care about me and want me to succeed,” she said. “I have worked so hard to change my life and who I am as a human being. For society, for myself and most importantly for the community around me, I am forever grateful for this moment.”