ICYMI: The Reporter: Solano’s probation chief tries to put offenders on ‘path to succeed’ Chris Hansen: ‘Custody doesn’t save people. The tough part is being out.’ 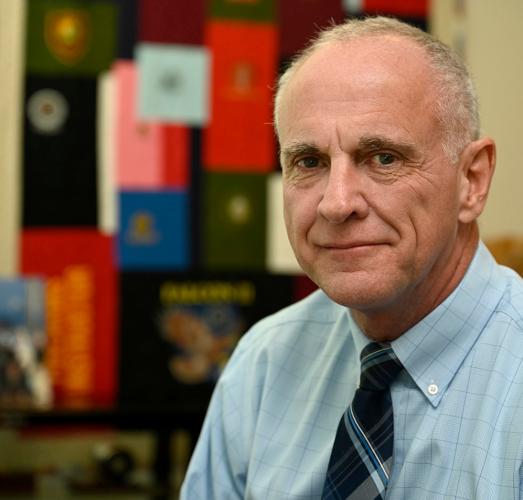 From Richard Bammer in The Reporter

As Solano County’s chief probation officer, Chris Hansen has long lived by a simple code of service over self, if his considerable resume serves as evidence.

During an hourlong interview earlier this year and in response to several emailed follow-up questions, Hansen said that he and his staff also ascribe to an easy-to-remember working standard: “We’re firm, we’re fair, but we hold people accountable. We care.”

And that means trying to make sure the 3,000 people on probation in Solano County “have a path to succeed,” he said Saturday.

A realist who oversees nearly 220 employees, from probation officers to juvenile correctional officers to treatment and support staff — and a budget of $48 million — he knows about 10 percent of probationers are career criminals.

But he and his staff strive to steer the majority of those out of custody toward a “turning point” in their lives and who decide to get their lives on track.

“We deal with criminal thinking,” said Hansen, 59, who earned a doctoral degree in education with a focus on criminal justice leadership.

“I have experienced that, in addition to holding people placed on probation accountable for their actions and restricting and monitoring their behavior, the most effective way to make the public safer is to work with them to become law-abiding citizens,” he added.

When a person on probation changes their criminal behavior, “the citizens of Solano County become a little safer,” he said, adding that, nearly a decade ago, 41 percent of the individuals placed on adult probation in Solano County were re-convicted of a new crime within two years.

But by 2018 he and his staff had reduced that number to 19 percent, with signs that the trend has continued, said Hansen, who, as a senior county manager, earns $210,000 annually, plus benefits.

Giving due credit to his staff of probation officers and juvenile counselors, he said when skilled probation officers identify the factors in a person’s life that have contributed to their criminal behavior — and then getting them into a program to mitigate those factors — has proven to be a major step in turning them around.

“Our goal is to get the right person in the right program at the right time,” said Hansen, whose bosses are the presiding judge of Solano County Superior Court and the County Administrator.

He said “the most effective programs” are those that essentially deal with anger management and “impulsive behaviors as their response to everyday stressors.”

“In other words, to learn how to stop and think before reacting,” said Hansen, whose first job out of college was as a probation officer in Florida “right when the crack cocaine epidemic hit” the Sunshine State.

He later became a police officer at the University of South Florida while earning a master’s degree and subsequently became a federal probation officer in Florida.

Over the years, his department, at 475 Union St., adjacent to the Superior Court buildings, the Sheriff’s Office and County Government Center, has modified and expanded programs and services, half funded by the county’s general fund, the remainder by state and federal grants.

In a recent PowerPoint presentation to the Board of Supervisors, titled “This Is Solano Probation,” Hansen noted that of his probation officers 75 percent of them are women. Overall, 44 percent of the officers are white, 45 percent Hispanic and Black, with Pacific Islanders, Asians and American Indians rounding the remainder. Most of them have earned at least a bachelor’s degree and undergone 400 hours of training during their first two years on the job, with additional training afterward.

His staff’s goal is to connect probationers to social and service supports that will keep them on track, among them mental health services, substance abuse counseling, employment, mentoring, and schooling if they have not attained a high school diploma or a GED. Probation, noted Hansen, is the alternative to incarceration.

He repeatedly gave credit to his staff for departmental outcomes, calling them “truly dedicated professionals.”

During the interview in his office, Hansen said some probationers have no social skills “and never completed anything in their life. They don’t know how to change.”

But he said juvenile detention “will change significantly” under a state law enacted last year, SB 823, which, by phases, closes the state Department of Juvenile Justice and instead provides resources to California’s 58 counties for supervision and services to youth who are in custody.

During the interview, Hansen said the law establishes a Juvenile Justice Realignment Block Grant program that shifts the responsibility of caretaking incarcerated youths to the counties. (Juvenile court jurisdiction ends when a youth inmate turns 21 unless that inmate has committed a serious felony and confinement can last until the minor is 25 years old.)

The Detention Facility, at 740 Beck Ave., was built “as a short-term custody option for youth going through the court process,” he noted.

But under the new law, county probation will see a jump in its workload, Hansen noted.

“While the number of youth held in juvenile detention has reduced significantly over the past several years, the average length of stay, average age, level of sophistication, and needs of the youth have steadily increased,” he said.

Additionally, “security considerations” for youths committed for a serious felony — as well as their older ages — will increase, requiring re-evaluations of classification, safety, and security, said Hansen, who expects the number of youth inmates in local facilities to grow “slowly and continuously over the next few years before leveling off.”

“Many facilities do not have the space or the personnel available to operate multiple housing areas to best separate the populations,” he explained.

But with the change come “great opportunities,” he added, citing “the proximity” of family who can urge “connection and participation in programs and services” to meet the inmates’ needs.

“Youth are more likely to feel supported through the process with increased family involvement and staying local also allows for a continuity of care that is not disrupted by transfers to other facilities,” said Hansen.

Under the new organizational environment, that law surely will create some opportunities “for a more supportive and successful transition back into the home (or community) environment,” he said. “Strong, supportive programs in the facility and the community” provide the opportunity for inmates to learn critical thinking skills, job skills, earn high school diplomas and complete college coursework, all “proven to be key factors in successful transitions.”

“Greater success at this level reduces the likelihood of offending as an adult, which benefits the community, the county as a whole and the youth,” added Hansen.

Hansen noted that 54 percent of Solano’s juvenile correctional counselors are female. Overall, 45 percent of the counselors are Black, 25 percent Hispanic, and 21 percent white, with Asians and Pacific Islanders rounding out the rest. Most have some college-level education and have undergone “extensive training” during their first two years on the job, with additional training afterward, he added.

Reflecting on the most rewarding aspects of his job, Hansen said they are many, among them “being able to grow and develop staff, to watch their interactions with clients and how skilled they are at their jobs.”

He also takes particular satisfaction seeing “clients succeed and knowing that they will be able to be a better parent, spouse, or child to their family.  Seeing youth who go through a program and start college or go to a trade program, which might have never happened but for the department’s intervention, and the list goes on.”

“Seeing clients fail or die due to drugs or violence,” said Hansen. “Going to a funeral of a client. Dealing with constant legislative changes.”

“Our job is important to us,” he added, saying his department and its dedicated staffers are committed to changing how probationers act.”

“They also have to be ready for it,” said Hansen. “Custody doesn’t save people. The tough part is being out.”