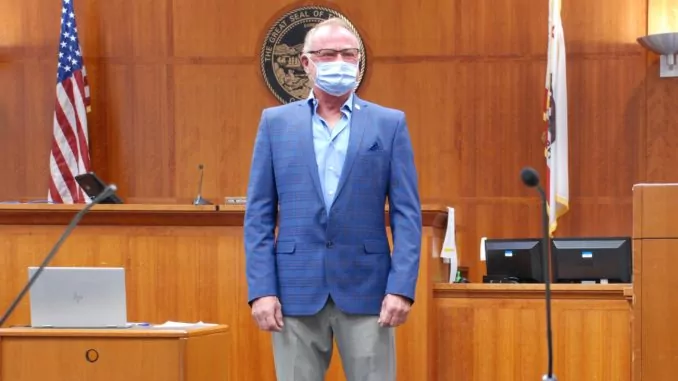 Thursday and Friday mornings, like clockwork, Randy Cook heads to Five Mile Recreation Area in Bidwell Park to connect with fellow veterans. Cook served in the U.S. Marine Corps Special Forces during the Vietnam War, arriving he was 17 and facing combat as soon as he turned 18; now 68, he still faces demons from those dark days.

The COVID-19 pandemic has affected veterans broadly, with preventative measures such as stay-home orders making support more complicated for the Veterans’ Administration center in Chico to provide. So, for Cook, the park meet-ups are especially important.

The Upper Park meetings—10 a.m. Thursdays, 9 a.m. Fridays—are a habit far healthier than the one Cook had to break. Two years ago, he faced incarceration for driving under the influence.

“I had some issues, and as I got older and retired, more of my issues manifested,” Cook said. “I went back to Vietnam [on a trip], which probably wasn’t the best thing, and things came to the surface.”

He told the CN&R he had “a couple of DUIs back to back” from a mix of alcohol and Ambien, the latter a sleeping medication prescribed by a physician.

“There was no help offered,” he added. “That was it; I was going to go to jail.”

Turns out, there was another path. In August 2019, Cook entered Butte County Veterans Treatment Court, a diversion program established in 2015 under state law that offers those with substance use disorders the opportunity to clear themselves by going clean. These veterans must accept strict protocols set out by the judge, including rigorous drug screens, and completing treatment.

But Cook already is living anew. He told the court that he’s bought a home and is engaged.

Afterward, Judge Candela told the CN&R he appreciates the assignment to Veterans’ Treatment Court, which he just started this month. A former prosecutor as well as public defender and defense attorney, he’s eager to offer more “pats on the back” for successes—as with Cook—instead of punishments.

“The focus here is treatment and rehabilitation,” he said. “Of course there’s concern with public safety, but it is a focus on treatment and getting these folks back into being productive members of society.”

Cook is the 18th graduate of Butte County’s Veterans Treatment Court since it launched in 2015. Deputy Probation Officer Cody Fowler, a member of the interdepartmental team that runs it, said that of the 27 participants, only four didn’t complete the program and just one of those has reoffended.

The county has several similar diversion programs. Two of those—Butte County Drug Court and DUI Court—are currently funded and running. Program Manager Jennifer Hard told the CN&R by email that the county is “hoping to be able to get all programs back up to capacity as things progress forward during the COVID-19 pandemic.”

Veterans Treatment Court differs most significantly from others in its outcome: Whereas veterans can get their pleadings cleared, graduates in Drug Court, for instance, may only get sentences lightened. That dispensation comes under state law, recognizing effects of trauma on servicemen and -women.

“Yes, our participants have committed crimes,” Fowler said, “but they don’t necessarily bear 100 percent responsibility for that. One of the criteria for entering into Veterans Treatment Court is to be suffering from a trauma-related condition from military service—whether that’s post-traumatic stress disorder, military sexual [trauma], a substance use disorder, something of that nature.

“They served our country, did their duty, and essentially are feeling the deep impact from that. Our goal is to help these guys rehabilitate and move beyond that trauma so that they can rejoin society as a full and productive member and essentially take away that deficit.”

Fowler, who served four years in the Army, has represented the Probation Department in this effort since 2018. He works with Veterans Justice Outreach Specialist Nikki Balboa from the Chico VA, Leonard Goldkind of the Butte County District Attorney’s Office, Desiree Vance of the Butte County Public Defenders Consortium and, now, Judge Candela.

Cook, seated in the court for his compatriots appearances, felt emotions beyond the pride from his achievement.

“It just made my heart jump when I saw this kid get this chance,” Cook added about the new participant. “And I saw a guy get a second chance—come on, that just doesn’t exist today in the court system that we know about or most people talk about.

“There’s a fairness here and a respect for veterans here, and I can’t speak enough about how much I want to help the younger veterans.”

The county has that determination, too, with plans to expand capacity from its current cap of 10 veterans at a time to 30 in the next three years. The participating agencies and grants cover the costs, and while “funding fluctuates,” Fowler said, the agencies are “committed to providing services to those in our county who need it.”

Read the full article on Chico News and Review.