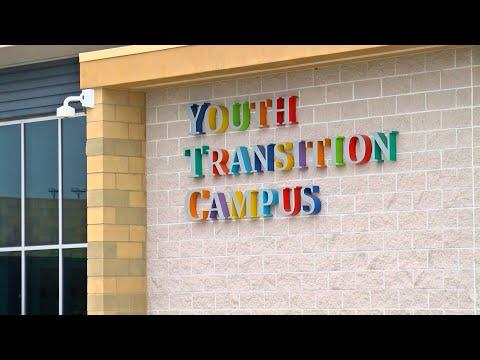 The Youth Transition Campus (YTC) in Kearny Mesa aims to give young offenders the opportunity to change their lives with treatment, education, support and career training in a state-of-the-art facility.

This summer, some young people in custody are learning more than just life’s hard lessons.

“I first got locked up when I was 14 and I was in there on my 15th birthday,” said Oceanaura Fallow, who is now 18. Her past included time served in the County’s former juvenile hall.

“I was hanging out with people who were in here or were out there doing bad stuff,” she said. “I had to completely cut everyone off, because if you hang around the barber shop too long, you’re gonna cut a haircut.”

Ocean, as she prefers to be called, did not “get a haircut.” She did get in the middle of gang fights and a life of illegal drugs. But a few stays in the County’s custody turned her life around.

While serving time, she took classes to meet high school requirements and learned about photography and art.

Her latest photographs and her painting hang in the lobby of the YTC. The painting shows the mythical Persian Huma bird in brilliant pastel colors.

“It never touches the ground, it just flies high in the sky and it brings hope and gifts to people in despair,” she said. “It’s supposed to lift you up and keep you going. So, I thought it was perfect for this type of setting.”

Just a few weeks ago, she graduated from the Probation Department’s Supportive Advocacy for Female Education (SAFE) program. It is an online independent study program that will allow her to start classes at Grossmont College in August.

The YTC replaced facilities that looked more like a prison and have now been demolished. Another temporary residential building is under construction now. The open courtyard facility breathes new life into the juvenile corrections system.

“I saw kids being released and two weeks later they were re-arrested and back in my class,” said Alex Long, who has taught in San Diego’s juvenile court schools for 25 years.

For most of that time, Long taught science and math. But five years ago, the County dedicated much more money to career and technical education. That’s when he started teaching wood shop to six students for two hours every weekday, building furniture, picture frames, and anything they could dream of constructing from wood.

“Now when they’re released from here and have taken my class they can get an entry-level job and then they can, I believe, affect their lives for good as they move forward and they have options,” Long said. The furniture is sold online and money raised is used to buy supplies for the next group of wood shop students.

Ellen De La Cruz is helping teens in trouble through reading at the new YTC. She has been a teacher for county court schools since 1997 and is committed to shattering stereotypes along the way.

“We are paying attention,” De La Cruz said, “No one has paid attention to how they’re doing academically and what their achievement is.”

De La Cruz said one third of the 13 to 20-year-old students she teaches read below a fifth grade level. That’s why the new campus has an expanded library. There is even a summer reading contest underway right now.

Students on the inside are also studying for associate degrees through a partnership with Cuyamaca College.

“For me, it was hard to get a job because I was on probation for a while … but don’t let that stop you. You just keep going,” said De La Crus. “Get out of the system get off probation … you can do it!”

Ocean Fallow has gone from a student inside to a mentor outside, reflecting on her painting hanging in the YTC lobby.

“It’s super cool and it makes me really happy,” she said.

Happiness she hopes to someday turn into a career as a judge in the juvenile justice system.