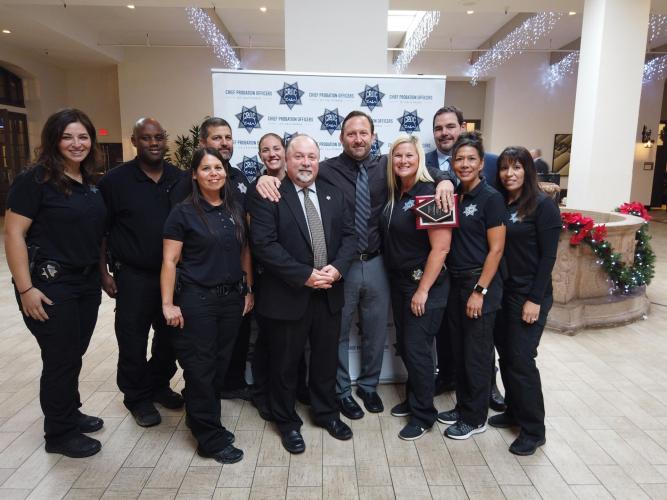 “In the early morning hours, it became apparent that the Camp Fire was going to be unlike any incident anyone had experienced… [Deputy Probation Officer] Butch Hindman was not only one of those officers who responded, but in those early and, critical hours, he led teams of probation officers who drove into an area that people were desperate to flee.”

Butch Hindman was honored by the Chief Probation Officers of California in December 2019 for his bravery and heroism during the devastating Camp Fire in Paradise, California. Though Hindman received the award, he dedicated it to his team of officers that provided aid on the day of the fire.

“To me, it was nothing more than what everyone else did,” Hindman said. “When I accepted that award, I accepted it for them.” Hindman said the event was emotional as he thought about what the team went through going in and out of flames to get people to safety.

Hindman has been part of the Butte County Probation Department for over 20 years. He has worked with both juveniles and adults during his time as a probation officer.

Hindman added that his team, not just him, made the rescue possible.

“Me personally, I don’t feel like it was just me,” Hindman said. “There were a handful of people up there that day that ran to danger and when every other civilian was trying to get out of there, they went in. It was an amazing thing.” 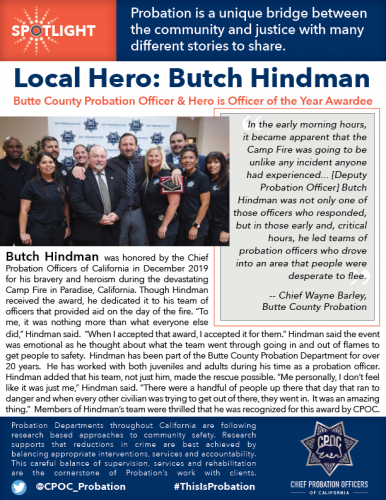