Riverside Probation: The Inspire Project Relating to clients proves to have a strong effect on their willingness to participate in and achieve successful supervision 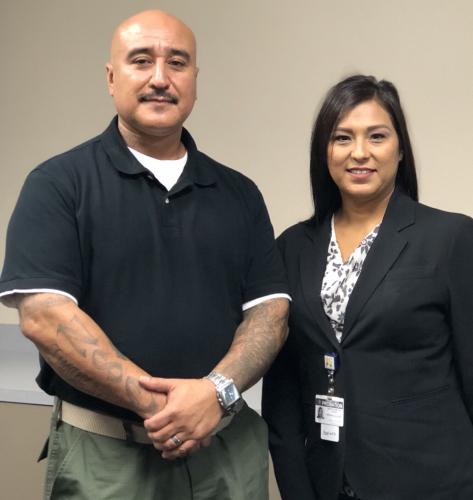 The Adult Services Division embraces a human service approach toward supervision while focusing on components associated with an effective reduction in recidivism.

The Inspire Project is designed to shine a positive light on clients who successfully ter­minate probation and have positively ad­dressed rehabilitation goals. Inspire Project clients are those that while on probation, have completely changed their way of life and have consistently maintained a healthier lifestyle. This project also recognizes staff who are investing in them.

We want to high­light their accomplishments while inspiring others to be the best versions of themselves. Placing the focus on skill development and performance, through a supportive and trustworthy relationship will create long-term behavioral change with hopes of developing self-sufficiency, thereby reducing recidivism. Research indicates that the quali­ty of the officer-client relationship predicts success on supervision.

Some of the best leaders are those who lead from the heart and through those actions, have the innate ability to inspire others. Senior Probation Officer (SrPO) Veronica Jackson has had a transformative influence on clients through her compassion and sup­port. She and staff like her have painted the picture of what successful supervision should look like.

In that moment, Mr. Mon­toya felt like a person rather than just a number. Mr. Montoya conveyed via email, how forever grateful he is for the guidance he received from SrPO Jackson. Since his successful termination of probation, he has remained sober, is gainfully employed and has purchased his own home. The impact Ms. Jackson made on this client’s life will never be forgotten.

Through kindness, compassion and support, we can inspire our clients to dream, learn and grow. Regardless of the barriers to suc­cess, if we work together and foster relation­ships, we can motivate clients to overcome any obstacle. With this, we can help build a stronger community and make the County of Riverside the best place to live, work and play.