SPOTLIGHT: The Inspire Project Research indicates the quality of the officer-client relationship is one of the largest predictors to success 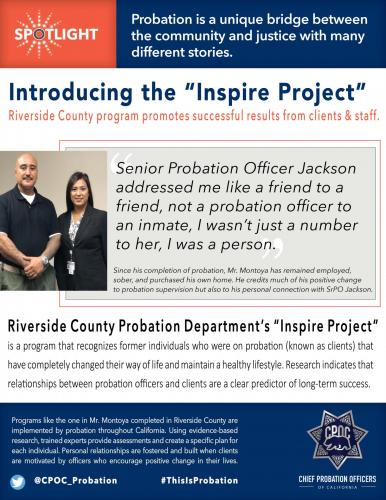